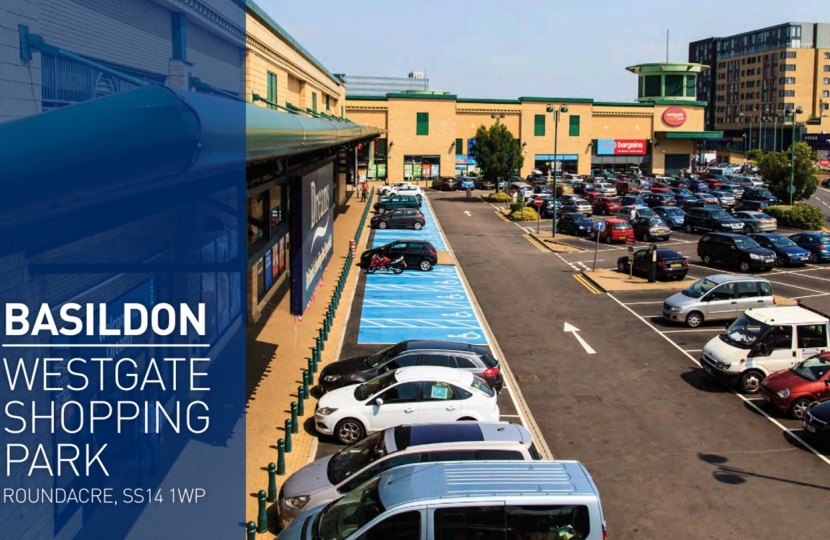 I was as fed up as everyone else is with the actions of the car park operator Smart Parking UK. The Westgate Cark Park in Basildon was one of the worst examples I have seen locally of blatant exploitation and heavy handedness by an organisation whose parking rules seem entirely constructed for exploitative financial gain.

It is totally wrong that Smart Parking UK charge their customers from the moment they enter the car park to the moment they leave without allowing a period of grace to return to their cars. This is unfair and discriminates against the elderly and disabled.

I helped bring an end to their unfair practices at Westgate and will work towards repairing the shopping centre's reputation.

Many of my constituents have joined a Facebook group which now has over three thousand members.

Stephen Metcalfe and John Baron, local Members of Parliament for Basildon, have welcomed legal action taken by MJ Mapp to take back control of the Westgate Carpark from Smart Parking.

I, along with fellow Basildon MP John Baron, recently met with the CEO of Smart Parking and the British Parking Association to discuss the many issues at the Westgate Shopping Centre Car Park.