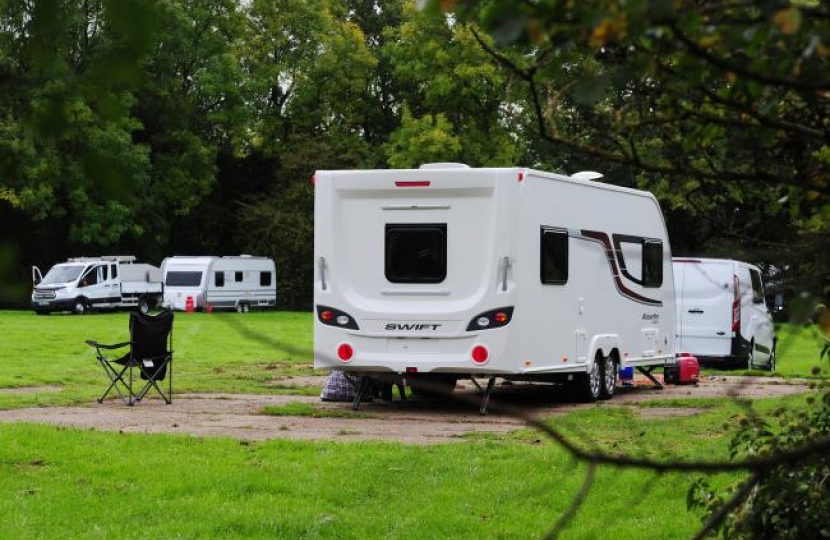 In the first instance, it is very much the Police and the County Council who take the lead in these matter, as they have the power in statute to deal with the issue which they have now done.

That said, I have a great interest in these issue and the damage these encampments cause to the environment and peoples quality of life.

That is why I have been pushing for the so called "Irish Option" which would make trespass a criminal offence, thus giving the Police greater powers to move people off a site and seize assets etc.,

I am pleased to report therefore, that in the Queens Speech in December, the Government announced it would bring forward the Police Powers and Protections Bill ( a summary of which is below).

As I said, one of the measures was to strengthen the powers available to the police to allow them to tackle unauthorised encampments, including consideration of broadening the existing categories of criminal trespass.

Sadly, due to the current pandemic, a date for the Bills second reading has not yet been set, but it is still very much on the agenda and will have my full support when it comes forward as it is something I have been calling for, for some time. When this becomes we will have more powers to tackle these ongoing problems.”

Criminalising the act of trespass:

Throughout the UK the way police and local authorities communicate and utilise the powers they have to deal with unauthorised encampments varies a great deal. The Government recognises this and that is why they issued the 2015 guidance to help strengthen the hand of authorities and ensure all communities are treated equally.

However, many councils across England feel very strongly that the use of the powers they have is cumbersome, costly and fails to enable communities to react quickly enough to prevent the environmental damage often associated with unauthorised encampments.

Problems derive from how powers are split between councils, as a planning issue, and the police, as a matter of trespass and public order. These are then compounded by different internal guidance circulating in each and a reluctance to act due to fear of entering encampments.

In 2002 Ireland changed the law to introduce a criminal offence of trespass into their Public Order Act. The ‘Irish option’ of criminalising deliberate acts of trespass could give powers of arrest without warrant for any offence under the act – strengthening the hand of the police.

A House of Commons Debate on October 9 2018 (c77-134WH) saw MPs, such as Stephen Metcalfe, raise the inconsistencies across difference parts of the UK and its neighbour – the Republic of Ireland.

In the Queens Speech in December 2019, the Government announced it would bring forward the Police Powers and Protections Bill. Potential measures include to criminalise the act of trespassing when setting up an unauthorised encampment in England and Wales, and the introduction of new police powers to arrest and seize the property and vehicles of trespassers who set up unauthorised encampments.