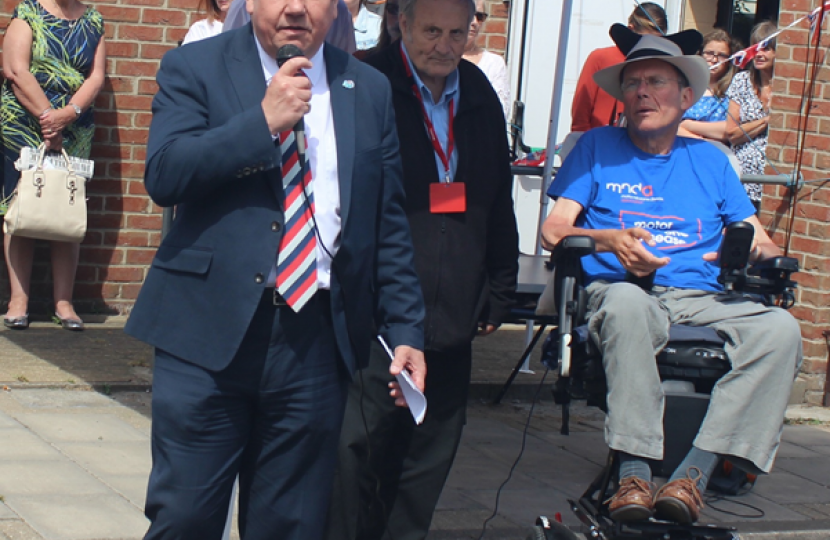 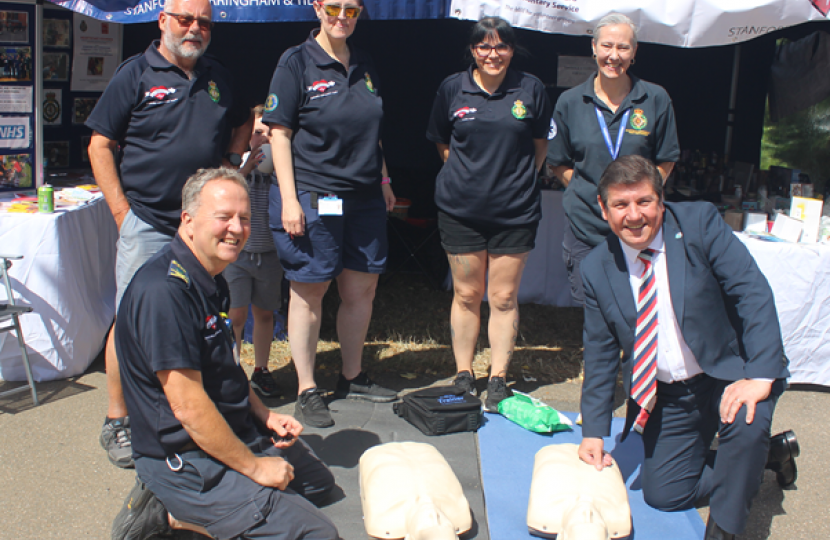 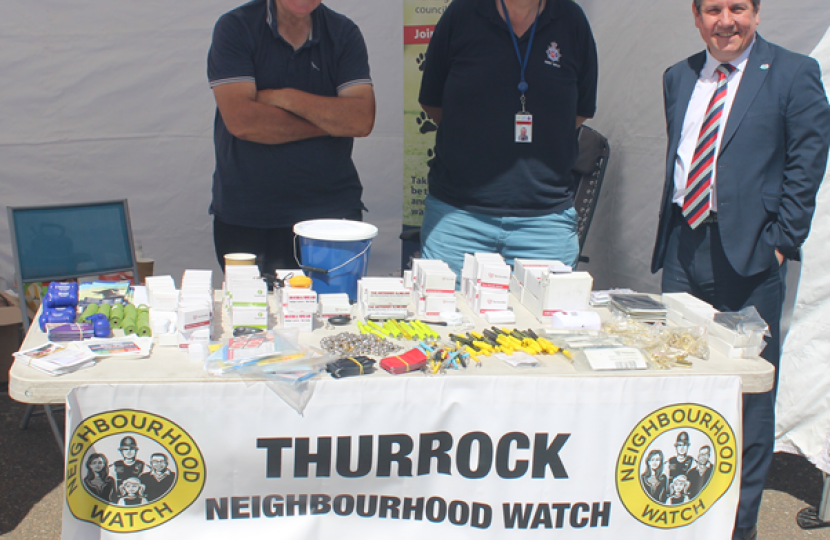 Stephen Metcalfe MP attended the opening of the Feast & Fayre in Horndon-on-the-Hill in aid of the Motor Neurone Disease (MND) Association on Saturday.

Following the traditional Church service to mark the festival of St Peter and St Paul, Stephen joined others to open the Fayre.

This year’s fair was extremely special for two reasons. It was the first time in three years, due to COOVID-19, that we have been able to host the Feast and Fayre. Secondly, our special guest this year was Nick Tresidder and we were raising funds for the Motor Neurone Disease (MND) Association – a charity close to all of us in Thurrock and Basildon.

Stephen Metcalfe said: “It was excellent to be able to once again be involved in this important local event after three long years. The weather was great, and crowds were heaving making the event a huge success.

It was also an important show case for organisations such as the Neighbourhood Watch and First Responders (both pictured). I look forward to next years event as keenly as ever”.