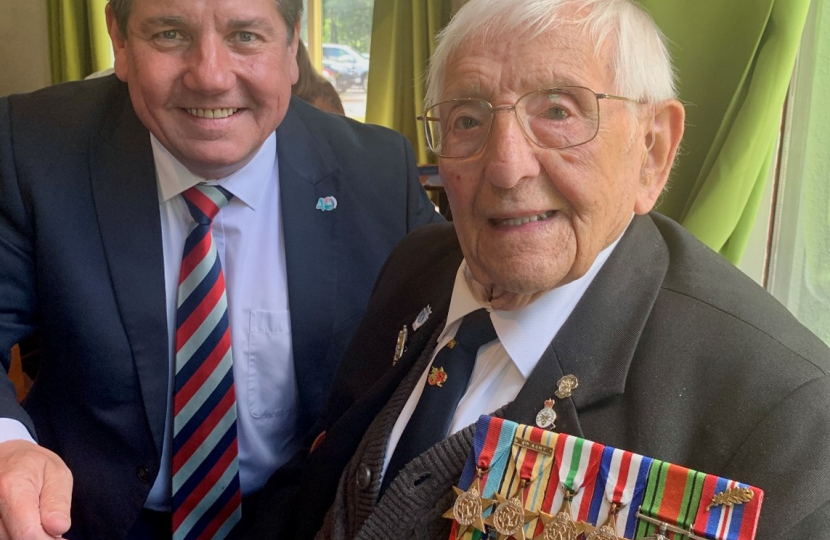 Stephen Metcalfe, MP for South Basildon & East Thurrock, recently attended the veterans breakfast to commemorate the 40th anniversary of the Falkland Islands war and pay tribute to our service personnel – past, present and future.

Stephen Metcalfe said: “It was excellent to see the many veterans again at the Breakfast. Our community have a long-standing connection with the armed forces, and I have always been extremely proud of all service personnel.

Stephen has also recently submitted an Early Day Motion in honour of the Queen’s 70th Jubilee, and fortuitously it was EDM 70! The EDM calls for the re-introducing and re-naming of the Royal Tournament to the Elizabeth Tournament as a fitting tribute to our Monarch.

Stephen added: “I was always inspired watching the Royal Tournament, which exhibited the best of our British Armed Forces and in honour of this momentous anniversary it is only right that it is reinstated and named in Queen Elizabeth’s honour which is why I submitted EDM 70”.

Stephen Metcalfe, MP for South Basildon & East Thurrock, has visited the Amazon hub in Tilbury on behalf of the APPG for AI to see how they use artificial intelligence technology in their facilities.