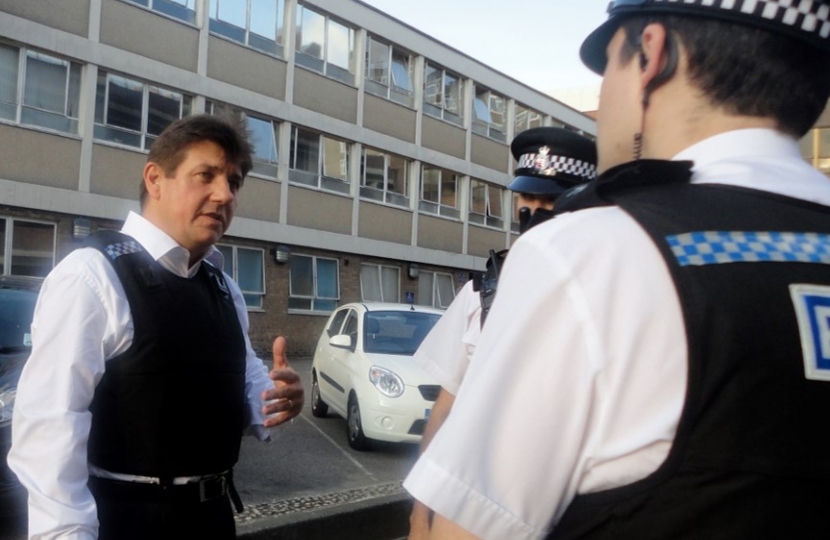 Stephen Metcalfe has spoken with Essex Police following a reported knife assault on Mayfair Avenue in Pitsea, Essex, at about 2pm on 24 August. Details of the incident remain under investigation, but it is understood that a girl and three boys of similar ages have been arrested on suspicion of causing grievous bodily harm to a 12-year-old boy. The victim was taken to Royal London Hospital by air ambulance with a serious but not life-threatening stab wound. 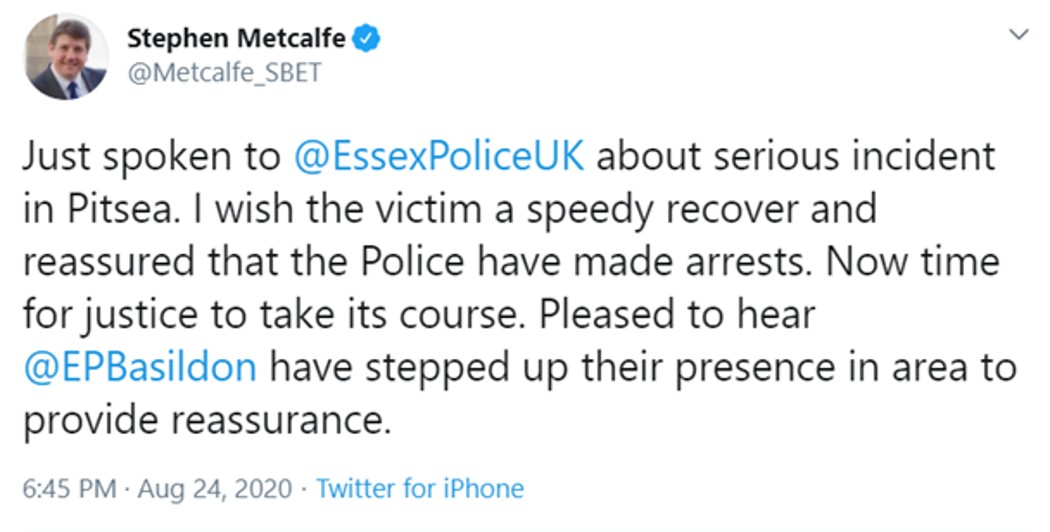 Stephen Metcalfe feels that the threat of sentencing is no deterrent balanced against the fear youth feel for their own safety:

Stephen Metcalfe said: “I am horrified by the reported knife assault in Pitsea and saddened further by the young ages of those involved. I wish the victim a speedy recovery.

The first responsibility of Government is to keep our country and its citizens safe. I along with the Police, Councillors and businesses are working together to help make our streets feel safer.

However, current knife crime sentencing is no deterrent balanced against the fear youth feel for their own safety. It is a sad world we live in if our children feel they must carry knives in case they have to defend themselves.

Young people need access to opportunities and education, but sentences must also act as a deterrent.

As a member of the All-Party Parliamentary Group on Knife Crime, I feel that there is much more that needs to be done and I am calling on the Government to review knife crime sentences when Parliament returns next week”.