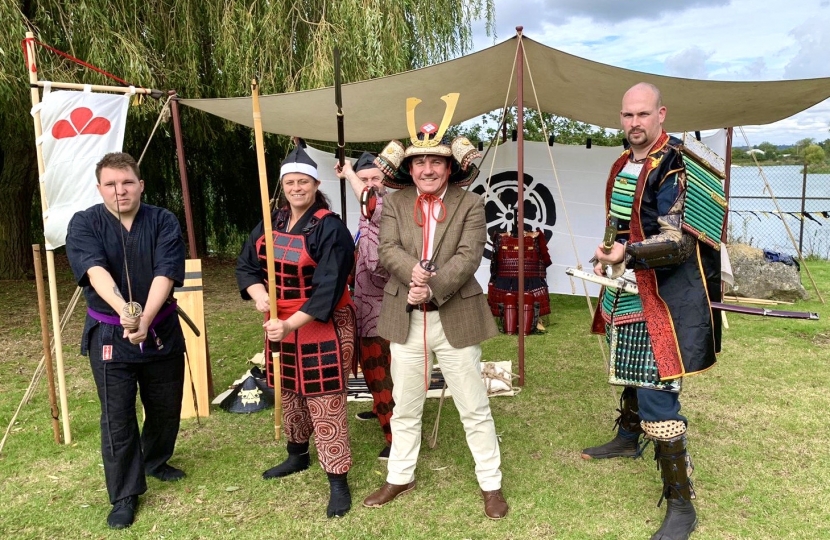 The 11th Kodosai saw an array of different Japanese cultural activities taking place across the weekend featuring performances from some of the finest karate & sudo practitioners in the country and well as interactive workshops such as  Shodō (Japanese calligraphy), Nihongo (Japanese language) and Kyujitsu (Japanese Archery) designed to bring the community together.

The Kodosai is made possible through the hard work of Mark Grayston who works tirelessly to help young people in Essex share his love of karate, build confidence and self-esteem. In recognition of this Mark was a torch bearer for the London 2012 Olympic Games.

The Japanese cultural event is funded by a grant from the National Lottery Heritage Fund and this year formed part of ‘The Japan Season of Culture’ in the UK – a multi-faceted appeal announced by Prime Minister Abe to showcase local community activities that already exist to create a legacy that will endure.

Speaking on Gateway 97.8FM, Stephen Metcalfe said: “It is a real privilege to attend the 11th Kodosai and experience its truly global reach.

Cultural events like Kodosai put Basildon on the map and demonstrate the how vibrant Basildon is during our 70 Anniversary celebrations.

I pay tribute to Mark Grayston and his family for all the hard work they do to bring our community together”.