Stephen Metcalfe MP has a Weekend to Remember 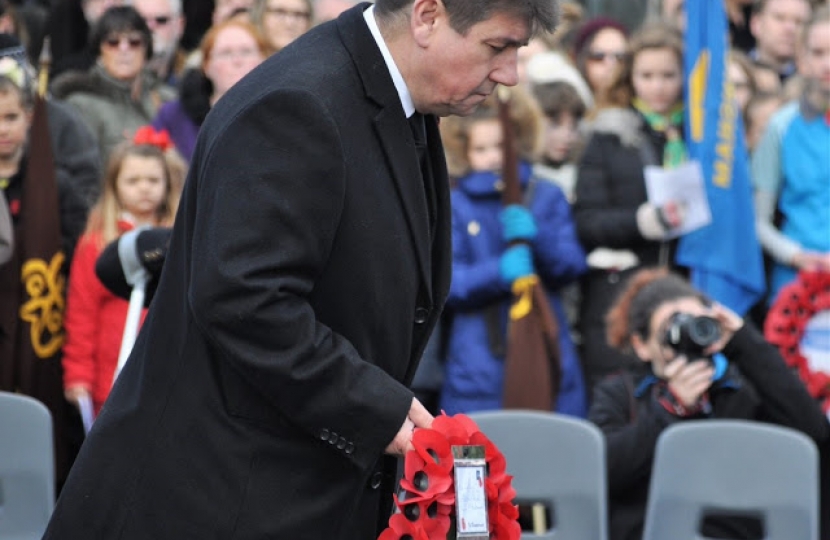 Stephen Metcalfe, Member of Parliament for South Basildon & East Thurrock, has spent the weekend remembering the fallen who made the ultimate sacrifice.

The weekend started (11/11/17) with a special breakfast with the Basildon Borough Veterans Breakfast Club. The commemorative breakfast was followed by an Act of Remembrance during which at 11 am precisely they all observed silence – marking 99 years on from the end of hostilities. The occasion ended with a Toast to the Fallen.

Basildon Borough Veterans Breakfast Club are a group of veterans & serving members of Her Majesties Armed Forces. Like other Veteran’s Breakfast Clubs around the country & overseas, their ethos is one of mutual support, humour and shared outlook. Their aim is to enhance the social life of servicemen and women, maintaining the camaraderie enjoyed in their service days.

That evening, Mr Metcalfe then opened the production of ‘The Sons of Three Countries Remembered’ at Woodlands School in Basildon. Part of the ‘Never Forget Project’, the evening’s performance proved to be a great achievement, showcasing all the dedicated work of those involved and befitting to those who have fallen for us.

Mr Metcalfe said: “What a fantastic performance! Events like these are vital to broaden people’s understanding of the war, commemorate and remember those that were caught up in the events of a hundred years ago and to tell stories from fresh perspectives helping inspire a sustainable legacy of learning in the years ahead”.

The Forget Never Project was initiated by Mr. Metcalfe and is coordinated by The Basildon Borough Heritage Group. This formally links with Basildon's twinning towns: Meaux in France and Heiligenhaus in Germany. The ongoing project delivers a series of commemorative projects discussing what life was like in the 3 towns. The aim is to inform, educate and share findings with the public through exhibition, film, educational resources and social media.

The penultimate occasion of the weekend of remembrance came on the Sunday (12/11/17) where Mr Metcalfe joined members of the community of Thurrock at the War Memorial in Stanford-le-Hope to lay a wreath as part of Annual Service of Remembrance. Marked by words from community leaders and a parade by A Company Essex Army Cadets, the event proved again to be ever more popular with in excess of a thousand in attendance.

Mr Metcalfe remarked: “What a special honour I had to pay respect to our fallen heroes by laying a wreath. It was moving to see a large turnout from the whole community, young & old, come together to remember those brave men & women who gave their today for our tomorrow”.