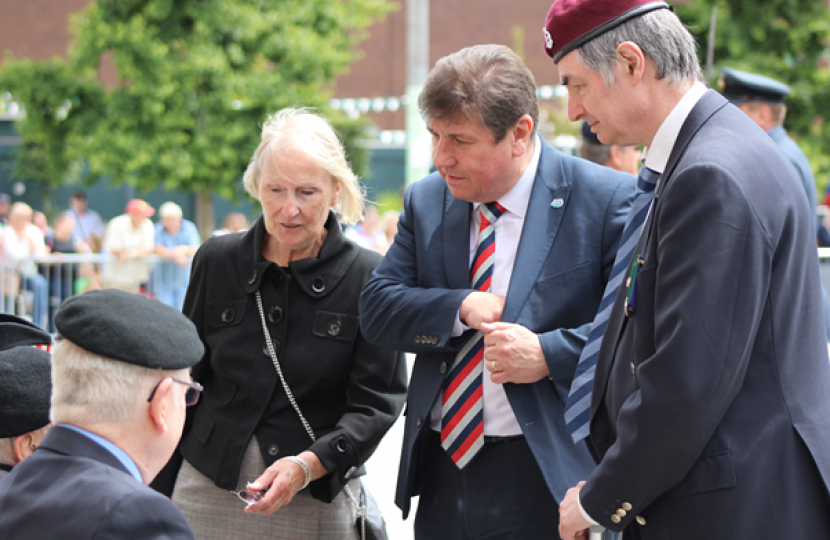 Stephen Metcalfe, MP for South Basildon & East Thurrock, attended the Armed Forces Day celebrations in Basildon on Saturday and the flag raising ceremony at the new Civic building in Thurrock on Monday, the first time the flag has graced the new building.

The Armed Forces Community has a large local presence in Thurrock and Basildon, and Armed Forces Day is an excellent opportunity to thank our service personnel – past, present and future. It is also an opportunity to showcase the various organisations which the local community help to run.

Stephen met with the local Sea Cadet leaders, and personnel from the Army Cadet Force and RAF Cadets, as well as veterans from the regular armed forces as well as two World War II veterans.

Stephen Metcalfe said: “I am a huge champion of our Armed Forces and local associations. This year was especially poignant as we remember the 255 British military personnel and three islanders who were killed in the Falklands War 40 years ago.

It is also important to remember those who suffered physical and mental injuries from the conflict and still live with those to this day. Their sacrifice will always be remembered”.