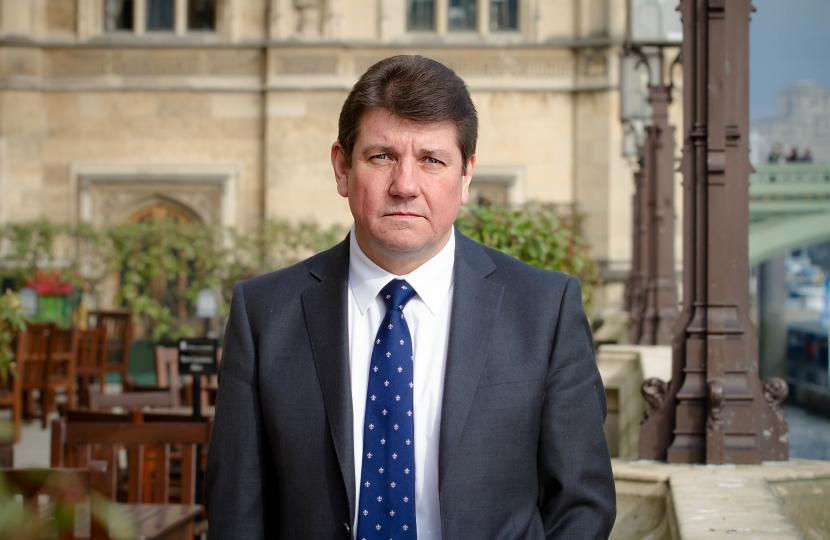 Again, I am grateful to all those who have shared their views on Brexit over the last few weeks. The range of opinion expressed is, as always, vast - from those who will not support me in the future because I voted to uphold Article 50 and keep No Deal as an option, to those who will not vote for me again because we are not leaving with No Deal, and all other opinions between.

So, it is fair to say that, however I would have acted I would never have been able to satisfy everyone and have therefore tried, at every stage, to do the best I can to deliver a meaningful Brexit that honours the 73% of my constituents who voted to leave.

With that in mind, I want to express how disappointed I am that we have not yet left the EU as demanded by the 17.4m people who voted Leave in the 2016 Referendum.

Recently, we had another opportunity to vote on the Withdrawal Agreement to ensure we actually left the EU and, while the agreement is by no means perfect, it would have demonstrated a real desire by this House of Commons to leave the EU.

Unfortunately, it did not command enough support from either those who want to leave without a deal, or those who would prefer to remain, and we have seen the consequences of that this week, culminating in the Government’s request for a further extension to Article 50 – a request granted by the EU until 31st October 2019. If we can get a deal agreed before then we can terminate the extension early, hopefully before it would be necessary to fight the European Elections, as I feel to do so would be an abject failure to honour the result of 2016.

I should point out, that if you look at the list of those who felt unable to support the PM recently, even just from a Conservative perspective, it contains names of those who believe we can leave the EU with No Deal and those who not want to leave the EU at all.

Sadly, without a Withdrawal Agreement in place, one of those groups is going to be seriously disappointed.

Leaving with No Deal

With regards to No Deal, I have done all I can to ensure it remains an option and have voted to keep it alive as I think the fears of No Deal are overstated. The Government has made extensive preparations and at the point where we were truly looking at a No Deal Brexit, I believe that cool heads on both sides of the channel would prevail and practical solutions would be found swiftly to ensure people and businesses were not impeded while longer term legally agreed arrangements were put in place.

It is not the ideal outcome in my view, but it is, or perhaps I should now say was, the UK’s default position.

Unfortunately, following the events of last two weeks, we have seen opponents of Brexit seize the order paper and effectively made it a legal obligation to seek an Article 50 extension thus, ruling out No Deal, I think it is fair to say, that many people now believe because of these actions we will have no meaningful Brexit.

This is a scenario that was wholly foreseeable which is why I backed the withdrawal agreement, despite my concerns.

It was obvious in my view, that the vast majority of the combined opposition want to remain, and that if we didn’t get the PM’s deal over the line there would be No Brexit. As predicted the House will stop No Deal. Then we’re left with all the other appalling outcomes - such as membership of a Customs Union or The Single Market – I do not believe that would represent Brexit!

But I fear that’s where we are. Therefore, I will continue to try and do what I can do deliver Brexit, however imperfect, honour the result of the referendum and show that leaving the EU is a huge opportunity, not just a risk to be managed.

I remain unconvinced that a second referendum is the answer. I think it would be divisive and potentially not move the argument forward as the result either way is still likely to be close and therefore it is hard to see how it would be more valid than the first referendum.

It also runs the risk of saying to those who voted in the first referendum that their vote did not count and that we are incapable of honouring a democratically arrived at decision.

Whilst I accept that some may have changed their minds, it seems wrong to me that a potentially small shift in opinion could undermine the votes of millions of people who still wish the UK to leave the EU.

With regard to the Prime Minister, I have huge personal admiration for her and believe her resilience and strength are her greatest asset, but as she has recognised, it is time for someone else to lead the next stage of the negotiations with the EU.

My hope now is that enough colleagues from across the House will use their judgement to assess the ‘probability of risk’ that the PM’s deal presents and realise that of all the available outcomes, this is the least worst option.

We will then be able to move to the next stage, with a new team and ensure that our future trading relationship works in the British interests.

I remain committed to Brexit and will continue to act to deliver it.