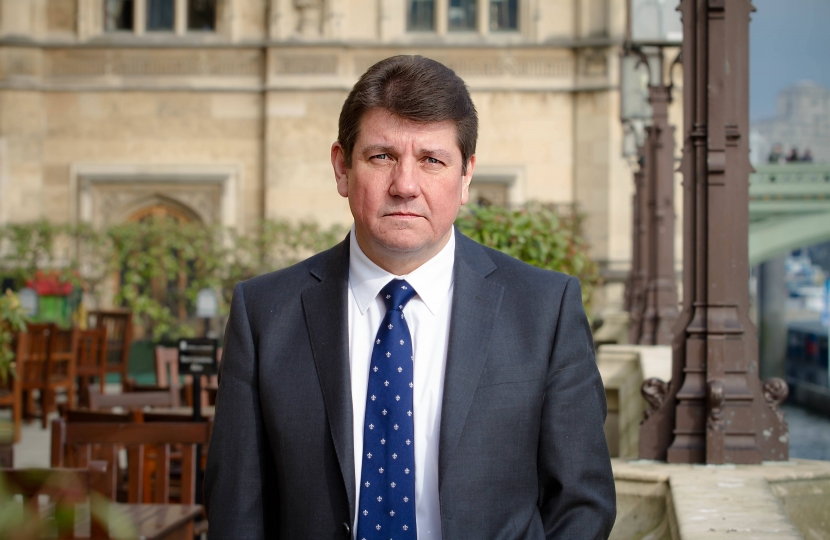 Over the last few days and weeks I have heard from constituents who want to remain in the EU; from those fighting for a second referendum; those who are convinced the Prime Minister’s Deal is the only way forward; and those who truly believe the only way to leave the EU is to have ‘No Deal’ and move to WTO terms.

Due to the wide range of opinions expressed, whichever way I voted in the ‘Meaningful Vote’ on the Prime Minister’s Deal this week, it would have been impossible for me to represent everyone’s view. That said, I am always mindful that I must vote in what I believe to be in the best interests of the people I represent and did so based on my understanding of the situation and the options that were finally presented.

As I have stated previously, I supported Brexit, I voted for Brexit, I campaigned for Brexit and like most of my constituents I want Brexit. Nothing has happened since June 2016 to change my mind and I would still do the same again.

I want the UK to get the benefits and opportunities that leaving the EU can bring and believe that people were motivated to support Brexit by wanting control over our borders, money, laws, agriculture and fishing.

First and foremost, can I be clear my biggest fear in this whole Brexit debate is not ‘NO deal’, it is ‘NO Brexit’, but that is not true for everyone in the House of Commons. Over the last week or so we have seen the risk of NO Brexit move a step closer when opponents of Brexit were able to amend a motion normally unamendable to try to remove the ‘No Deal’ version of Brexit from the list of options.

There were those therefore who believed that the PMs deal was the only way forward and that it was the best and only deal available to ensure we leave the EU and avoid No Brexit.

I listened carefully to those arguments but, after much deliberation and soul searching, I could not reconcile my desire to deliver a meaningful Brexit with the content of the Prime Minister’s Withdrawal Agreement, particularly the open-ended nature of the proposal and therefore felt compelled to vote against it.

Therefore, too much of the deal was predicated on trust with the EU and would effectively give the EU indefinite sovereignty over parts of the UK, with no unilateral mechanism to terminate the ‘backstop’.

Despite the warm words and assurances, I could not support a legal arrangement that could potentially break up the UK and so voted against the Deal.

I still very much hope changes can be made to the Withdrawal Agreement itself and that both the Government and the EU accept, in light of the result of the ‘meaningful vote’, that the current proposals are inadequate and need to be renegotiated or that an alternative way forward can be found that fully honors the referendum.

On the Motion of ‘No Confidence in HM Government’ tabled by the Leader of the Opposition yesterday, I voted to express my full backing of the Government. Risking a Corbyn led Government would jeopardise far more than the direction of Brexit.

The motion was not tabled to try to find a way forward on Brexit. It was an act of political opportunism by a party who wants another General Election and has no clear views of its own other than wanting to remain permanently closer to the EU. I believe that a General Election or second EU referendum would solve nothing and create even more uncertainty and division.

The British people voted in a free and fair referendum to leave the EU. Turnout was larger than at any election since 1992 and no Prime Minister or party in British history has ever received as many votes as the vote to leave did. The Government must deliver the referendum result and it is my duty to see that it does.

That said, I remain concerned that those in the Commons who do not share my view may continue to find ways to stop Brexit and thwart the will of the people. I want to assure you that whatever happens next, I will always act to leave the EU and deliver the best Brexit I can.