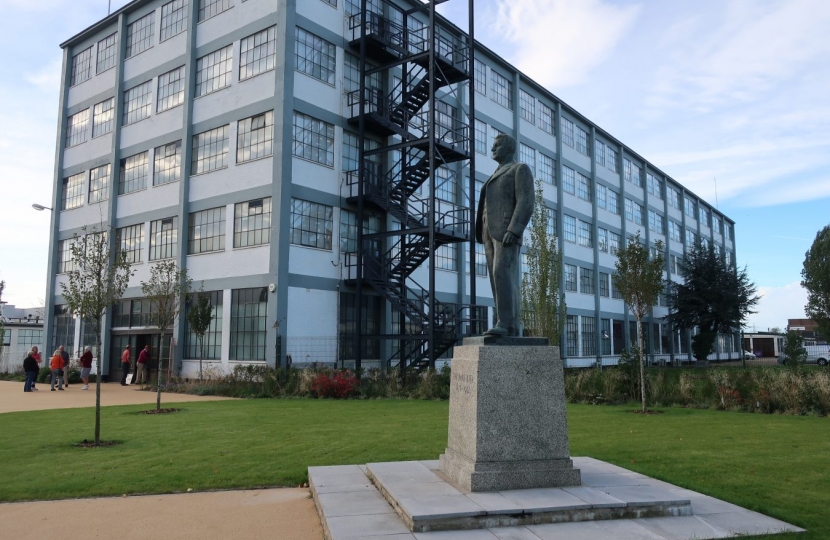 Local MP, Stephen Metcalfe, joined local residents to celebrate the opening of the new Bata Heritage Centre and take a walking tour of the area to hear how important the Bata factory was to the local area.

The Bata Shoe Company played an important role in the development of East Tilbury from their arrival in 1929 until the factory shut in 2008.  In recognition of Bata’s importance to the area and the role it played in people’s lives, local volunteers have been collecting important artefacts, records and memorabilia for the last 10 years which have been available and on display at the Bata Heritage Centre located in East Tilbury Library.

Unfortunately, much of the centre was destroyed by smoke and water damage following a fire in January 2017 caused by a car colliding into the library and catching fire.

Following extensive refurbishment, the centre has now reopened with a larger and improved exhibition space along with renewed library facilities.

The centre celebrates both the industrial and architectural heritage of the factory and records the social history of those who worked for the Bata company and the families who lived on the estate.

Stephen Metcalfe said: “With the help of volunteers and Heritage Lottery funding, the renovation works carried out have provided a more comprehensive exhibition of the Bata Factory and its work over the years.

The legacy of the Bata Shoe Factory is something the community of East Tilbury cherishes. I am pleased that the social history of those who worked for the Bata company and the families who lived there are being preserved and hope the new improved facilities will lead to even greater things in the future”.