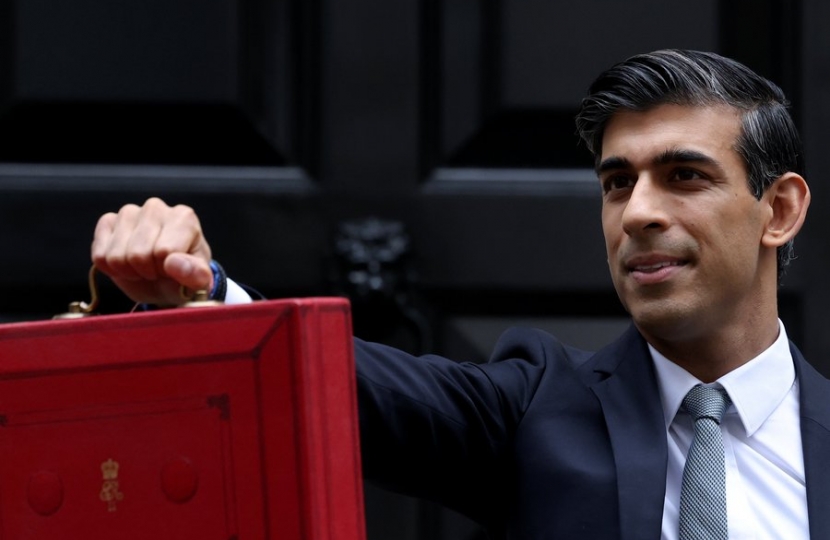 Stephen has welcomed the Chancellor’s Autumn Budget and Spending Review, which provides the foundations for a stronger economy across every part of the United Kingdom as the country continues its recovery from the pandemic.

The Budget prioritises helping working families and vulnerable households. It helps with the recent rise in the cost of living and includes a significant tax cut for low-income families benefiting from Universal Credit by cutting the taper rate from 63per cent to 55per cent. The Chancellor also announced a freeze in alcohol duty.

Some other key announcements include:

You can read the Autumn Budget and Spending Review in full here: https://assets.publishing.service.gov.uk/government/uploads/system/uploads/attachment_data/file/1028814/Budget_AB2021_Web_Accessible.pdf

Stephen Metcalfe MP: “Despite the unprecedented challenges caused by the pandemic, this Conservative Government is getting on with the job and delivering on the priorities of the British people.

I welcome the Budget which will make a real difference to people in South Basildon and East Thurrock. The announcements made will help working families with the cost of living, support businesses with their recovery, and invest in our public services so that everyone gets the world-class hospitals, schools, and police services they deserve.”