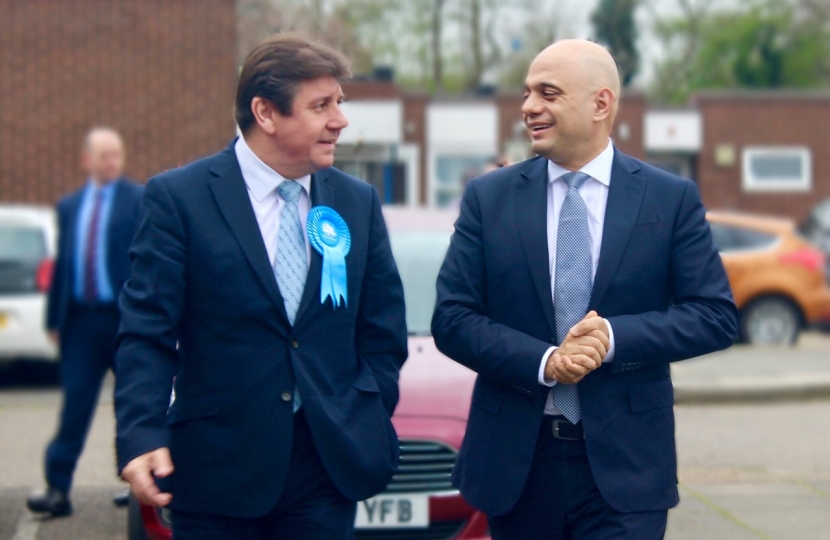 Previously, the Home Secretary has announced that the Government will increase total police funding up to £970 million, taking the total available investment into policing in England and Wales to £14 billion for 2019/20. Total resource funding (including pensions grant) for Essex Police will increase from £275.9 million in 2018/19 to £298.8 million in 2019/20. This is a cash increase of £23 million.

Sajid Javid welcomed the substantial £23 million funding increase for Essex Police which will enable a further 215 frontline police officers to be recruited on top of the additional officers recruited last year. This brings the recent recruitment of new officers to 365 - the largest increase in police numbers in Essex for over a decade and makes Essex Police the fastest growing force in the Country.

Sajid Javid said: “I am very pleased to see that the vast majority of PCCs are making use of their full precept flexibility. Many are proposing to use this increase in funding to support additional recruitment, including almost 3000 new police officers.

In Essex the investment will go towards supporting police forces, especially where violent crime is impacting the most, to take immediate steps to make our streets safer through an increased operational presence and patrolling supported with better intelligence.”

Stephen Metcalfe said: “Our primary responsibility is to help keep our country safe and to protect our way of life and our values. That is why we are putting in this additional investment to help Essex Police keep people safe in our community.

365 new police officers is no small feat, it should have the impact on the ground that people are asking for and deserve. I am delighted to have the Home Secretary’s full support”.