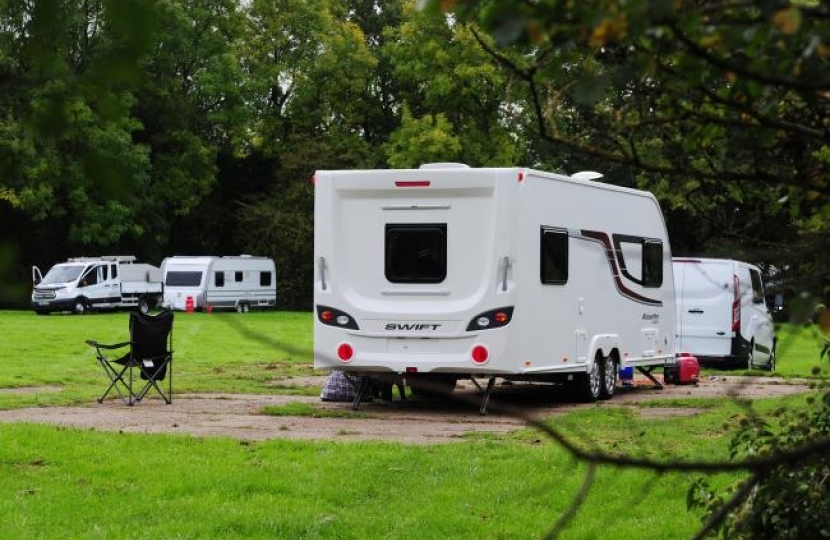 The new offence will target trespassers who intend to reside on any private or public land in vehicles without permission, and where they are causing significant disruption, distress or harm to local communities.

The measures will target harmful encampments which reflect badly on the wider traveller community as a whole, the majority of whom are law-abiding.

The new offence will be punishable by a prison sentence of up to 3 months, or a fine of up to £2,500, or both. The Government will also amend the Criminal Justice and Public Order Act 1994 (CJPOA). This contains provisions which allow police to direct trespassers away from land.

The amendments will broaden the range of factors which police can consider when enforcing the law, to include interference with access to utilities like water, gas and electricity, and environmental damage such as excessive noise pollution or littering.

New provisions will also mean that people directed away from land must not return for 12 months.

Further information can be found here.

Stephen Metcalfe MP: “At current the powers available to the police and local authorities to tackle unauthorised encampments are cumbersome and costly. Councils and private landlords have too often paid thousands to correct the environmental damage left behind.

I am therefore pleased that the Government has now brought forward legislation to enact the so called Irish Option into law. This legislation will provide the police with the powers they need to tackle these encampments swiftly and effectively.”