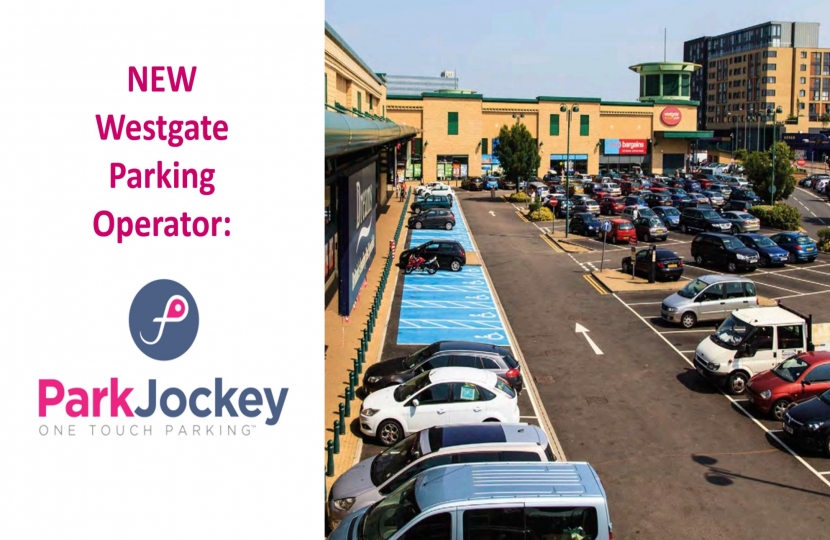 The appointment follows a legal battle between the owners and Smart Parking UK which culminated in the termination of the contract following a year of damage caused by the unfair parking regime introduced.

Over the last year the two local MPs have worked hard to represent their constituents’ interests demanding changes in the way the car park was operated. They met with Smart Parking and achieved some concessions from the operator, which while welcome, did not go anywhere near far enough.

In addition, they took up an enormous number of individual cases to combat unfair parking charges and pushed the British Parking Association to apply their Code of Conduct more vigorously.

Both Stephen and John spoke to Government Ministers, raised the issue in Parliament and encouraged all parties with an interest in the viability of the Westgate Shopping Centre to explore every avenue to introduce a fair and transparent parking regime.

Ultimately it took legal action by the car park owner against Smart Parking to force the shutdown of the unfair parking practices in Basildon.

Since September 2018 more than 5.5 thousand people joined a Facebook group to express concern about parking operation problems at Westgate.

Stephen Metcalfe said: “I am pleased that, after a protracted campaign, Smart Parking’s unfair and exploitative practices at Westgate in Basildon have been brought to an end and new operators have now been appointed.

“I hope that the new operator, ParkJockey, is fully aware of their challenge to win over the confidence of local shoppers who have campaigned tirelessly to end the sharp practices of Smart Parking. The previous scheme in operation was the last thing local businesses needed when already facing unprecedented high street challenges.

“I hope this victory for local people over exploitative business practice sees normal operations return to the car park and facilitates a restoration of parking availability for shoppers.”

John Baron said: “After our campaign to resolve the parking situation at Westgate in Basildon, I was pleased to hear that a new operator has now been appointed by the car park owners.

“It is important that ParkJockey now implement a fair means of revenue collection which is transparent for drivers and ensures that parking spaces are available for those wishing to use the local amenities.”