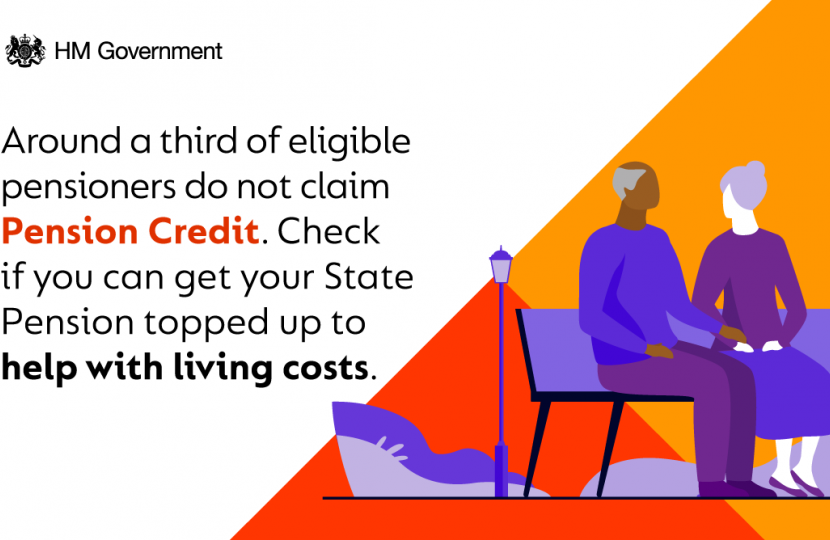 Stephen Metcalfe, MP for South Basildon & East Thurrock, is promoting the new campaign from the Government to boost the uptake of Pension Credits.

This campaign will help give more people the security of savings later in life. There are already around 2035 claimants in South Basildon and East Thurrock, however more pensioners are eligible for an average of £3,300 a year in extra support.

Pension Credits are a top up for our most vulnerable pensioners, it is a passport to an array of benefits such as; help with housing costs, council tax reduction schemes, heating bills and free over-75s TV licenses.

To help people take up this support, the Government has launched a major campaign to encourage eligible pensioners to take this assistance up and improve access to Pension Credits.

Pension Credits can be claimed online, by telephone or by post. Information is available at www.gov.uk/pension-credit or by Freephone Pension Credits claim line on 0800 99 1234.

Stephen Metcalfe said: “It is excellent news that around 2035 people claim Pension Credits in South Basildon and East Thurrock, however we can always improve on these figures.

This scheme should be promoted as widely as possible so the highest number of pensioners can benefit from Pension Credits”.