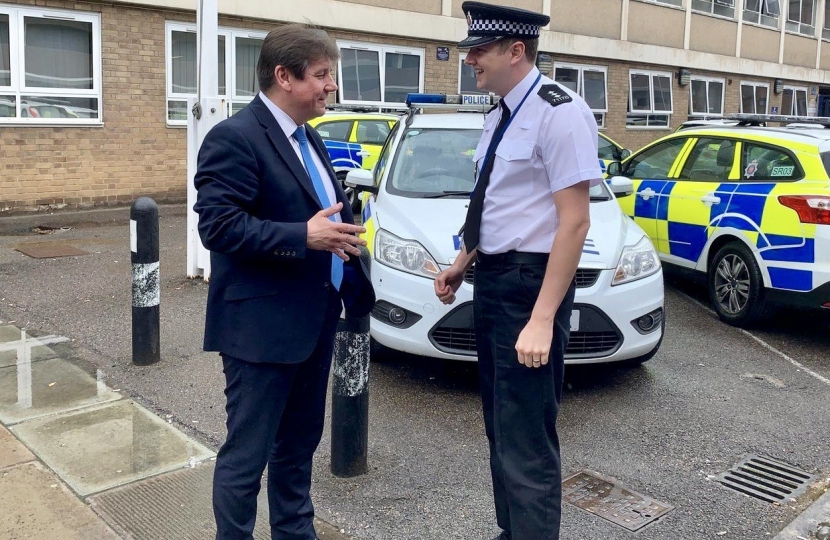 Stephen Metcalfe has recently met with the new District Commander for Basildon Chief Inspector Chris Bradford to discuss his priorities and raise local concerns. A number of those will be addressed by the launch of 23 new Town Centre Policing Teams across Essex.

The launch of the town policing teams follows the recruitment of 150 extra officers this year and will be in addition to the 218 officers that will be recruited by Essex Police next year. This is the largest boost to Essex Police numbers in more than a decade and makes Essex Police the fastest growing service in the country.

The new teams in 23 locations will consist of 58 Constables and 12 Sergeants and will work closely with the existing Community Policing Teams. Basildon, Billericay and Wickford will receive one Sergeant and eight Constables, while Thurrock will have one Sergeant and seven Constables. They will focus on community concerns, including drug dealing and antisocial behaviour. Under the guidance of their sergeants, they will work closely with local businesses and support groups to get to the root of ongoing issues and tensions and investigate appropriately. Businesses experiencing issues with the night time economy, like bars and clubs, will also be supported in the reduction of crime and antisocial behaviour.

The Gypsy Traveller and Rural Engagement Team (GTRET), which was set up in direct response to growing concerns over the frequency of illegal traveller encampments, will also be growing from September.

Chief Constable BJ Harrington said: “My priorities for the force are clear: we will be visible to deter crime in the community, we will provide better and consistent support to victims and to the vulnerable and we will act against anyone who is intent on inflicting violence in our county.

“With the introduction of the Town Centre Teams, we can be at the centre of these conversations. The public know their local area the best, and so do local officers who can put their boots on the ground and their faces in the village hall.

“With a record number of officers passing out in a single ceremony last month, our force is continuing to grow. I am so proud that we’re able to have response-trained officers to answer your 999 calls and, on top of that, provide additional officers to your community.”

Police, Fire and Crime Commissioner for Essex, Roger Hirst said: “Good local policing is at the heart of all safe, prosperous communities. These town centre teams mark a significant investment and will allow Essex Police to work even more closely with residents and businesses to create the safe and secure communities we all need to prosper.

“Increasing the local, visible nature of policing, cracking down on anti-social behaviour and working with communities and businesses to prevent crime were key priorities in my 2016 Police and Crime Plan. Today’s announcement is another significant step in delivering a policing service for Essex that listens and responds to the needs of the people of Essex.”

Stephen Metcalfe said: “I am delighted at the creation of the new Town Centre Policing Teams across Essex.

“People have made their concerns known to me for some time: They rightly want local, recognisable Officers on the beat, not stuck behind desks pushing paper work. The new Town Centre Policing Teams in Basildon and Thurrock are a direct response to peoples’ concerns.

“The record recruitment of 150 extra officers this year and the 218 officers that will be recruited by Essex Police next year represents the largest boost to Essex Police numbers in more than a decade and makes Essex Police the fastest growing service in the country. These additional Officers are already making a real difference to people and communities. 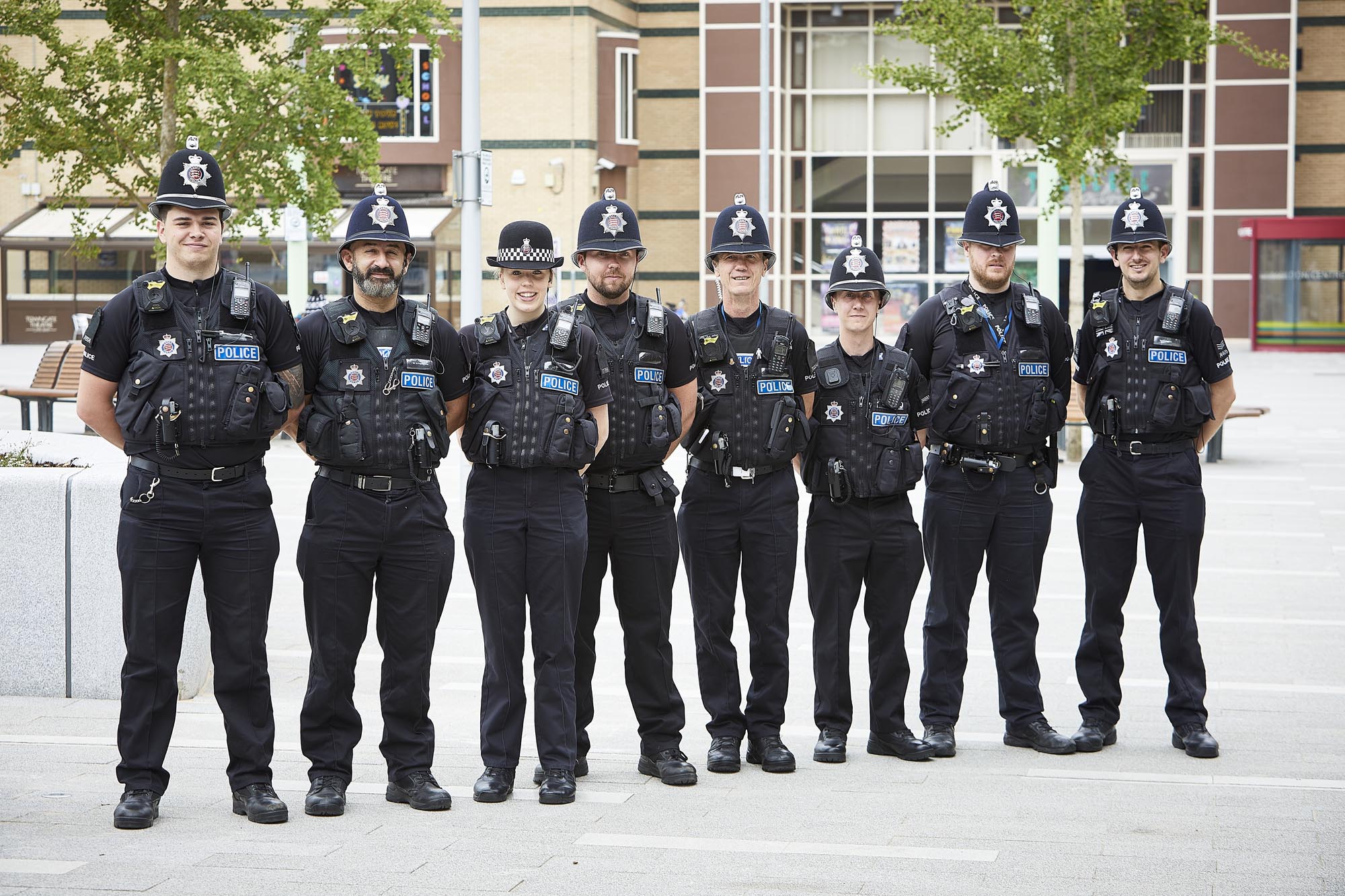