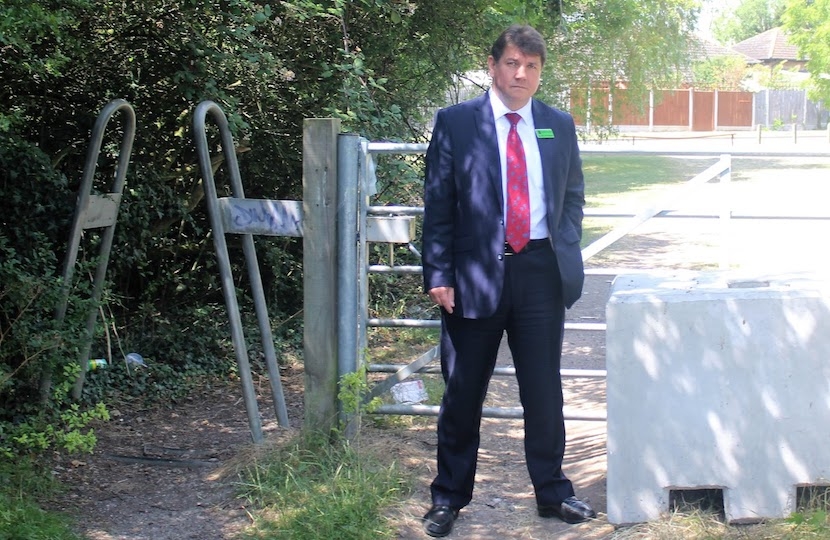 Recently we saw the third occupation of Rushley Park by travellers. This incursion has again caused much distress to local residents with reports of intimidation, fires being lit on both park furniture and in the trees, fly tipping on an industrial scale, and a general disregard for acceptable behaviour.

These events have again rightly resulted in a call for more action to be taken to ensure that everyone, regardless of social status, is treated equally under the law. Trespass, malicious damage, fly tipping, and intimidation of others are all criminal acts and anyone breaking these laws should be treated in exactly the same way.

Local residents are rightly concerned about the impact of the occupation on the local park, a much loved public place. It is also the third time in nine months that the local community has been affected by such an incursion.

I am grateful to the Police and the local Council for the actions they have taken to clear the site, but I am calling on all authorities - locally and nationally - to do more. I have therefore written to the Prime Minister and the Secretary of State for Communities and Local Government asking what more we can do collectively to ensure the protection of our public spaces and how we can prevent such trespass in the future.

Likewise I am opening discussions with Basildon Borough Council, Thurrock Council, and Essex County Council to explore putting in place a borough-wide Section 61 order similar to that imposed by Harlow Council. This could help to protect the environment and residents from the constant abuses both during and after such incursions.