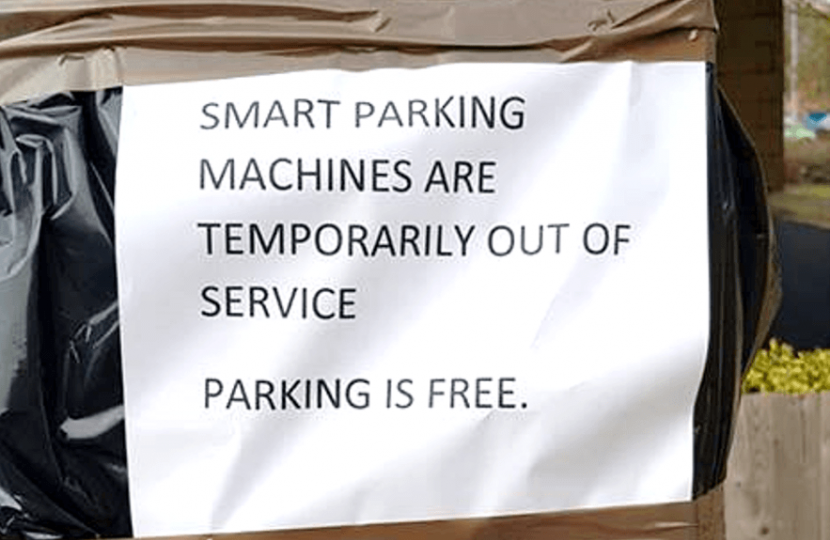 Stephen Metcalfe and John Baron, local Members of Parliament for Basildon, have welcomed legal action taken by MJ Mapp to take back control of the Westgate Carpark from Smart Parking. Working in conjunction with the MPs, the car park owners have shut down Smart Parking ticket machines and declared temporary free parking.

Over the last 6 months the two local MPs have represented their constituents’ interests to Smart Parking, demanding 10 changes in the way the car park was operated.

They met with Smart Parking and achieved some concessions from the operator, which while welcome, did not go anywhere near far enough.

They have also taken up an enormous number of individual cases to combat unfair parking charges and pushed the British Parking Association to apply their Code of Conduct more vigorously – which the BPA failed to do.

They have spoken to Government Ministers, raised the issue in Parliament and encouraged all parties with an interest in the viability of the Westgate Shopping Centre to explore every avenue to introduce a fair and transparent parking regime.

Ultimately it has taken legal action by the car park owner MJ Mapp against Smart Parking to force the shutdown of the unfair parking practices in Basildon.

Both Stephen Metcalfe and John Baron have received scores of complaints directly and more than 5.5 thousand people have now joined a Facebook group created by local people concerned about parking operation problems at Westgate since September 2018.

Stephen Metcalfe said: “I am pleased that after protracted negotiations finally Smart Parking’s unfair and exploitative practices at Westgate in Basildon have been brought to an end.

I remain concerned about the parking operation, outstanding charges and the damage to the reputation of Westgate shopping centre that Smart Parking’s practices have caused.

I hope that this news is welcomed by the local champions who have campaigned tirelessly to end the sharp practices of Smart Parking. The scheme in operation was the last thing local businesses needed when already facing unprecedented high street challenges. This is a victory for local people over exploitative business practice.”

John Baron said: “I have been contacted by a number of constituents who have been caught out by PCNs at Westgate carpark issued by Smart Parking, despite believing they have abided by the terms of parking.

Stephen Metcalfe MP and I have been liaising directly with Smart Parking to instigate a number of changes but I was pleased that the car park owners, MJ Mapp, are now taking control of the car park.

I look forward to working with MJ Mapp to ensure that car parking revenue is collected in a fair manner going forward.”