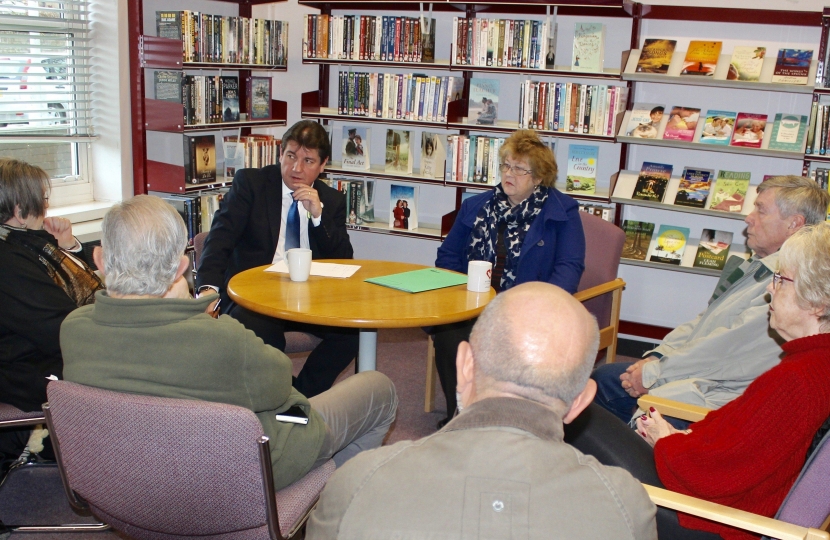 Stephen Metcalfe, MP for South Basildon & East Thurrock, welcomes that no libraries in Essex will close in the next five years. The decision follows ‘overwhelming’ public outcry with over 21,000 responses.

Vange Library in Basildon which was previously identified as ‘unaffordable’ by Essex County Council will now remain open and staffed.

Next Monday ECC will publish it’s final libraries strategy. This follows a comprehensive consultation on the draft strategy which took place between November 2018 and January 2019. Respondents made it clear that libraries are not just about books or computers – but that they are spaces too for people to meet, learn and exchange ideas.

The strength of feeling towards libraries means the new strategy focuses on two key elements:

Since launching the consultation, a number of organisations have come forward with an expression of interest to run a community library. The new strategy commits to supporting those community libraries with a universal offer of support.

Stephen said: “The closure of Vange Library would have been such a loss to the local community in an area which already lacks community amenity spaces. I feared the elderly, unemployed and young parents who use its services would have been most effected.

I am delighted thousands of residents took part in County Council’s Consultation to express their view and am grateful that Essex County Council have responded accordingly.

This is a victory for ordinary people”.