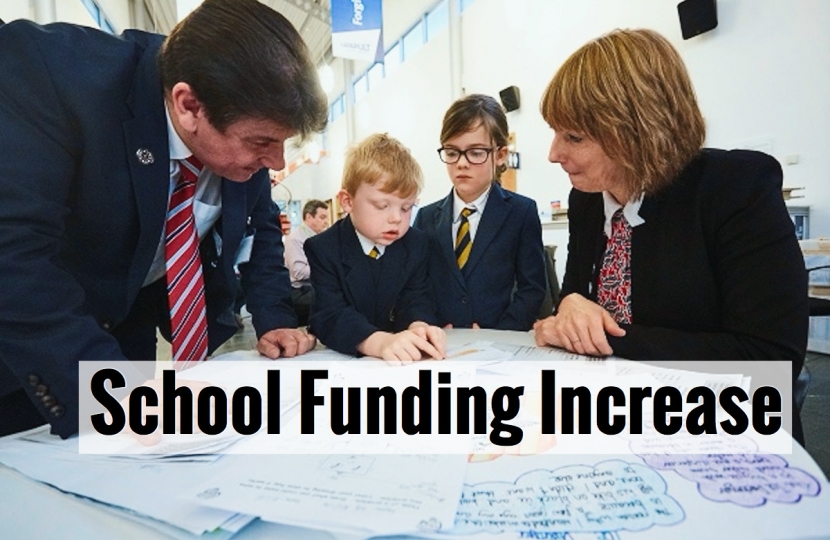 The Prime Minister announced in August that the budget for schools would be increased by a total of over £14 billion over the next three years, rising to a record £52.2 billion by 2022-23. This week, the Government has announced how the first part of that investment - £2.6 billion - will be allocated.

Schools in South Basildon & East Thurrock will receive a substantial average per pupil funding increase of 5.24%, with some schools receiving an over 11% increase in funding. This means that total notional NFF funding for schools in the constituency will rise to almost £75 million next year.

This additional investment includes an increase of £780m next year alone to support children with SEND (an increase of over 12% compared to 2019-20) as well as an extra £1.5 billion per year to fund additional pension costs for teachers over the next three years. A further breakdown of the additional funding for each school can be found on the DfE website.

Writing to school leaders, Stephen Metcalfe said: “Schools are at the heart of our community. Through dedicated team effort teachers work hard to ensure that every child can succeed, whatever their background.

I recognise the pressures schools have faced in recent years and am delighted the Prime Minister is committed to ensuring teachers feel they have the resources they need to deliver top-quality education to all children.

“Schools in South Basildon & East Thurrock will benefit from an average per pupil funding increase of 5.24% next year. This substantial increase brings total NFF notional funding to almost £75 million.

This significant investment forms part-one-of-three big increases in funding to come over the next three years to total over £14 billion. This is a sign of the Prime Minister’s priorities and could not be more deserved”. 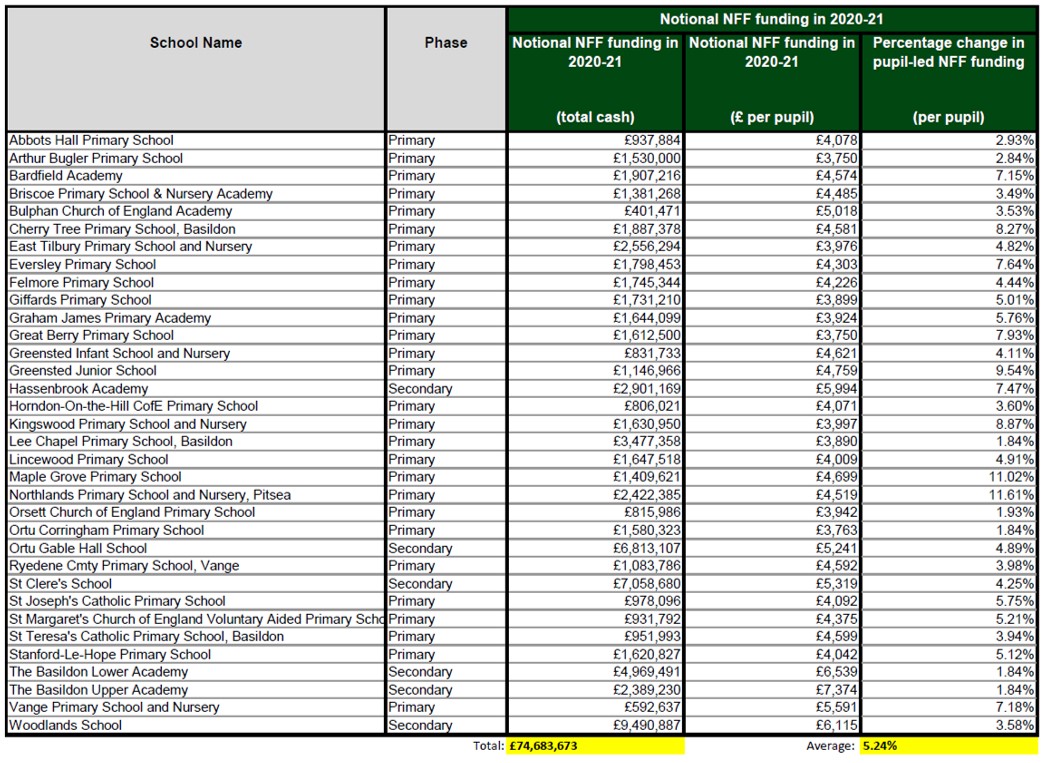